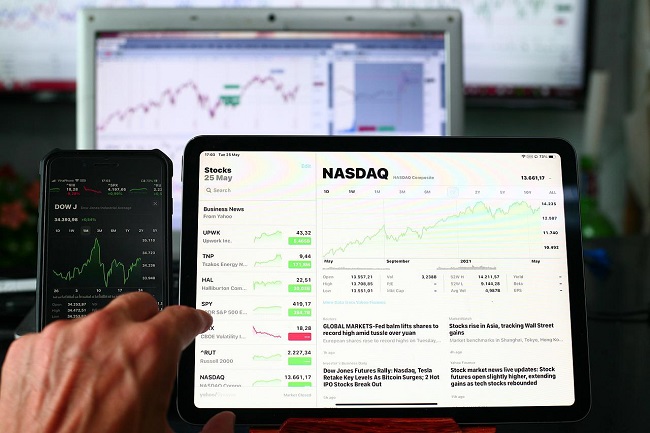 This article was first published in the National Post on June 11, 2022. It is being republished with permission.

I’ve been attending an unusual number of webinars and meetings in recent weeks (most while still in my sweatpants) and have collected some nuggets that build on my previous columns.

The first was not a presentation, but the latest letter from Oaktree Capital Management's co-founder, Howard Marks. His explanation of why bull markets can get overdone provides a valuable perspective on today’s anything-but-overheated market.

At the CFA Institute’s Alpha Summit, Aswath Damodaran, a finance professor at New York University’s Leonard N. Stern School of Business, outlined a useful framework for valuing young, exciting companies, something investors did a poor job of during the last bull market.

He showed a triangle with the corners labeled Growth, Reinvestment and Risk. His point was that you can’t have one without the others. Warning bells should go off if the assessment of a fast-growing company doesn’t assume high levels of reinvestment (to support growth) and risk.

As I noted in my last column, everyone becomes an economist in weak markets. This was never more evident than in recent weeks when everyone was blaming the United States Federal Reserve for everything.

I watched discussion panels where stock analysts, who are paid to analyze stocks, broke into dissertations on the world economy. I signed up for insights on companies and industries, and instead got a lecture on monetary policy.

A meeting with a seasoned hedge fund manager helped me deal with these macro diversions. His firm’s mantra is to “actively observe current market conditions and selectively participate where we believe risk/reward is best.” Now that’s more like it.

On that note, I’ve been asking managers about credit spreads, which are the differentials between government and corporate bond yields. Usually, when the R word (recession) is bandied about, spreads widen dramatically. Simply put, the higher the chance of default, the riskier the bond and the higher the spread.

So far, however, the widening has been modest, which means one of two things: either there won’t be a recession, or the spreads have further to go.

Something else that’s lagging are private asset valuations. One person I talked to believes there are big surprises coming from private debt and equity funds. Until now, the managers of these funds have been putting on a brave face (“Our companies are performing well”) even though comparable publicly traded companies are down 30% to 80%.

The gains reported by private-equity and venture funds in recent years were fuelled by writing up the value of their holdings. Markdowns are more likely this year unless the stock market has a dramatic turnaround.

There is no lag for funds investing in bonds and stocks. These fund managers have nowhere to hide, and the dispersion of client returns so far this year is remarkable. There are portfolios that are flat or slightly up on the year due to an emphasis on high-performing sectors such as energy and materials. Conversely, portfolios loaded with tech stocks are down more than 20%.

Negative returns will reveal who the contrarians are, which is a topic Richard Rooney, vice-chair and co-founder of Burgundy Asset Management, talked about in a presentation. “People think being contrarian is buying a stock on a downtick, but actually truly being contrarian means … holding on to a high-quality asset when a lot of people think it isn’t,” he said.

First, investors need to focus their research where there’s a chance of success. That means assessing whether a company will still be growing and profitable in three to five years, as opposed to trying to figure out how a rapidly changing economy will impact the stock market in three to five months.

Second, it’s not a time to bet the farm on one thesis. The opinions sound confident and precise, but the range of possible outcomes is wide. A portfolio should hold different types of assets and have exposure to an assortment of industries and geographies.

And, finally, the negative tone of the current commentaries is no more balanced than the euphoric ones of a year ago. There’s a long list on both sides of the pro and con ledger.