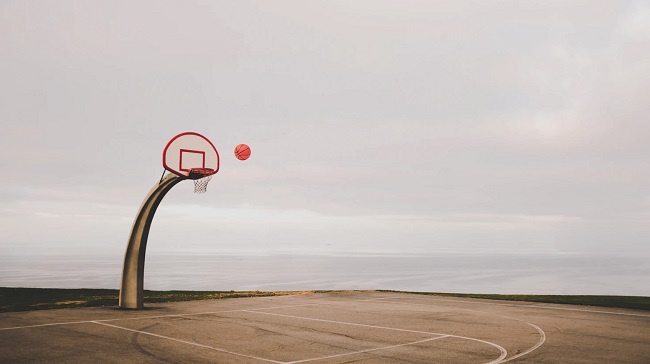 If you’re looking for a new show to binge during ‘Phase 2’ of the lockdown, I recommend Netflix’s The Last Dance. The 10-part documentary chronicles Michael Jordan and the Chicago Bulls during their dominance of the hard court in the 1990’s (non-sports fans have been enjoying the series too because of its behind-the-scenes focus and great storytelling).

I liked the episode on the infamous Dennis Rodman in particular. If you’re not familiar with “the Worm”, he’s an eccentric, over-the-top personality and was the league’s top rebounder in the 90’s. What many people didn’t know is that Rodman was a student of the game. He studied shooters to see how they released the ball to give him insight on where a rebound may fall. He analyzed angles and distances, practiced relentlessly, and was a master of positioning. And he knew that every rebound was unique.

Given the economic carnage that’s taken place over the last eight weeks, few people would have thought that markets would bounce back with such gusto. But we’ve said it before, and we’ll say it again — the market is not the economy.

And as Rodman will tell you, every rebound has a character of its own. This one has been ‘top heavy’ in the U.S. and precious metals-focused in Canada. Let me explain.

Technology stocks make up the biggest component of the U.S. market, comprising 26% of the S&P 500 Index (up from around 15% a decade ago). Moreover, the top five companies (Microsoft, Apple, Amazon, Alphabet, and Facebook) account for 21% of the market.

These stocks have had a fantastic run over the past decade, leading many observers to think that they would be more susceptible to a correction than other areas of the market. Yet, this has not been the case so far. The tech darlings declined in February/March but held up better than the broader market. And they’ve been the key drivers of the rebound, with Amazon and Netflix reaching new highs. Many of these companies have significant cash balances, flexible workforces, and products/services that are still in high demand, which has made them more resilient in a world locked down by a virus.

The healthcare sector (the second biggest component of the market) also took less of a hit in the downturn and many stocks have been quick to recover, and even prosper. With the race for coronavirus treatments and a vaccine at full speed, pharmaceutical and biotech firms have benefited in the current environment. Together, tech and healthcare stocks make up over 40% of the U.S. market — thus the top-heavy recovery.

America’s banks and industrial companies, on the other hand, suffered steeper declines and have not participated in the rally to the same extent. Meanwhile, oil & gas, entertainment, and consumer discretionary stocks have been left behind.

In Canada, the rebound has taken a different shape, with one key similarity. Although our tech sector is much smaller and less prolific than America’s, one stock has carried a heavy load in the bounce back — Shopify. The Ottawa-based e-commerce company has gained 135% since mid-March and earlier this month overtook Royal Bank as the index’s top holding (we wrote about the company’s rise in January).

While we have an enviable healthcare system in Canada, we have few homegrown companies that are of any significance in the index. As such, the two sectors that have driven the U.S. market’s rebound have played a smaller role in ours. Instead, our market has benefited from its relatively heavy weighting in basic materials, notably gold. The precious metal has lived up to its name as a safe haven, gaining 15% this year. Many industrial, utility, and consumer staples companies have rebounded nicely, but energy stocks have weighed heavily on the market.

When we pull all our funds together in our Founders Fund, the results have been reasonable, but not spectacular.

As we look forward, diversification remains paramount in this environment. Portfolios that are tilted towards one or two hot sectors could disappoint as the world begins to reopen. At the aggregate level, we like the fact that our balanced portfolios have a mix of star performers (Microsoft, Franco-Nevada, Zynga), steady-eddy stocks (Visa, Loblaws, Johnson & Johnson), and yet-to-rebound companies (Cenovus Energy, NCR, Cushman & Wakefield).

Further, while volatility has eased in recent weeks, it could very likely return, with the ensuing rebound taking a different character. If the market throws up another brick shot, we don’t want to be completely out of position.