It’s been a while since we’ve heard from Bruce. Our favourite software engineer from the North Shore has been busy with work, family and, well, life. He admits that he and his wife Courtney have neglected contributing to their retirement accounts lately, but they’re ready to get back on track. They each added $20,000 to their RSPs just before the deadline this year.

Neither Bruce nor Courtney contributed to their accounts in 2016 or 2017, and they haven’t made any adjustments since. Because of the strong returns from our equity funds over the past few years, and the more restrained return from our Income Fund, their portfolio’s asset mix had drifted off target.

The couple’s target fund mix and current mix (pre-contribution) were as follows:

The three equity funds made up 69% of their portfolio, which is 9% above their target weight, while the fixed income funds had slipped to 31%. This drift presented a great opportunity to rebalance.

We suggested the couple use their contributions ($40,000 in total) to bring the Income Fund closer to its target weight. They agreed this made sense, although Bruce was a little uncomfortable putting their whole contribution into the Income Fund, which we’re the first to admit has a subdued return outlook in this environment of low, and possibly rising, interest rates (remember, when interest rates rise, bond prices fall). We reminded Bruce why he holds bonds in the first place – ballast – and repeated our favourite maxim on diversification: You're not properly diversified if you're comfortable with everything you own. “Well played,” he conceded.

We also revisited their target mix. Bruce and Courtney initially allocated 10% of their portfolio to the Savings Fund in part because they wanted some extra liquidity in the event they decide to purchase a vacation property. B&C did just that a few years ago. They don’t foresee any significant short- to medium-term expenses now that couldn’t be covered from their income, so we suggested they reduce their target position in the Savings Fund and up their weighting in the Income Fund. Again, they felt this made sense and altered their targets to 5% in the Savings Fund and 35% in the Income Fund (their equity fund targets remain unchanged). To get to their new targets, they switched some additional money out of the Global Fund and Equity Fund into the Income Fund.

It’s hard to believe, but Bruce and Courtney have been clients for over seven years now. What Bruce finds harder to believe is that he’s turning the big five-0 later this year. When we asked him if he has any plans for the big date, he told us he’s going to see Springsteen in New York this summer, a life-long dream. We couldn’t let him go without letting him in on a little Steadyhand nugget – we almost named the firm Springsteen, Harris and Williams after Tom Bradley’s favourite musicians (Bruce, Emmylou and Lucinda, respectively). “How didn’t I find you guys sooner,” he added. 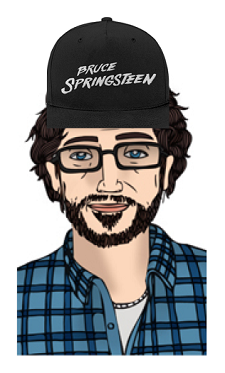