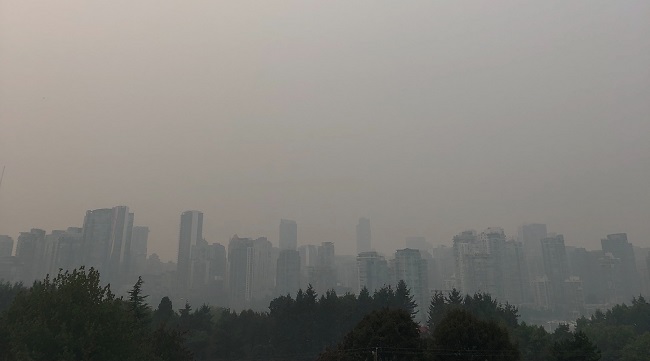 August has been a brutal month for weather in B.C. Hot and dry conditions have sparked hundreds of forest fires, which have blanketed much of the province in smoke (not to mention parts of Alberta and Washington). Beaches and patios have been empty in Vancouver and the mountains have seemingly disappeared from the skyline at times. Tourism is hurting in the Okanagan (or ‘Smokanagan’ as I recently heard it called), and many communities in central B.C. have been on evacuation alert. In Prince George, it’s been hard to tell day from night.

It’s an eerie feeling with the air being so thick with smoke. Sadly, it’s not a new one. The province was smoked out for part of last August too. Talk to people around town, and it’s leading to a change in mindset and behaviour.

“This is the new norm for August.”

“I’m getting out of dodge next summer.”

“I won’t be going back to Kelowna in August again, that’s for sure.”

This thinking is a form of recency bias — the tendency to think that occurrences we observe or witness in the recent past will continue in the future. If the last two Augusts have been hot and smoky, that means next August will be too, right? Not necessarily. Predicting the weather is a wild card, and global warming – while a contributing factor to the increase in forest fires – can also produce unexpected outcomes. Remember ‘Juneuary’?

When it creeps into our investing decisions, recency bias can be dangerous. When stocks are going up, investors are more inclined to think they’ll continue going up, and vice versa. Our thinking can become unduly influenced by the markets’ more recent moves. There are plenty examples of this. You may know someone who got out of the market in 2008 or 2009 during the crash and never got back in (or waited far too long) because they thought stocks would just continue to fall. And we’ve all heard from the guy who is all-in on tech stocks because they’ve done so well in recent years.

Recency bias can impact our portfolios in two key ways. It can lead us to: (1) stray from our target asset mix based on what the market’s done lately (e.g. hold more in asset classes that have done well and little or nothing in those that have lagged); or (2) take a narrow view on diversification (e.g. load up on stocks in the hottest performing sector).

So, if you’ve already written next August off, it might be wise to take a critical eye to your portfolio to make sure that events of the recent past aren’t clouding your judgement.