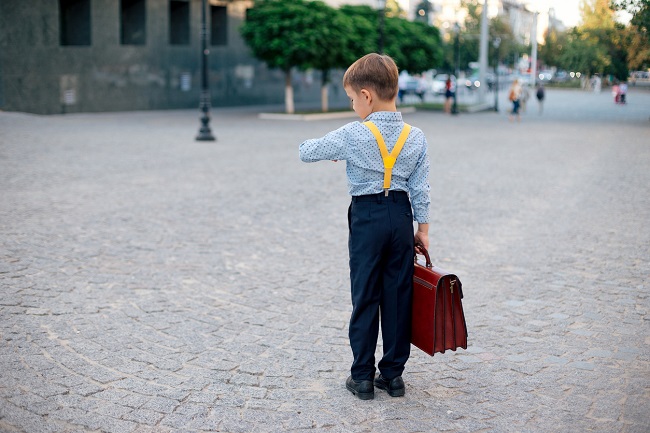 It was July 1998. I walked into the office tower at 200 Burrard St. sporting a new suit and a shiny degree. Little did I know what I was getting into.

It was my first job in the investment world. Phillips, Hager & North was the training ground. A pretty good place to learn, I would later realize.

Within weeks, I saw my first real action. The Russian government devalued the ruble and defaulted on its domestic debt. A flu spread throughout financial markets and contributed to the near collapse of Long-Term Capital Management (a large, highly leveraged hedge fund). The U.S. Federal Reserve stepped in to bail out the fund and prevent a global financial crisis. Panic set in and investors were on edge. I still remember a firm-wide email from Bob Hager explaining the situation and encouraging level-headedness. Sure enough, the storm passed.

I’ve learned some good lessons over the past two decades. Key among them: always stay diversified, never make knee-jerk investment decisions, and keep your costs down. But that’s Investing 101 stuff. I thought I’d share some more personal observations and tips. Sticking to the theme, there’s twenty in total. Hope you find them helpful.

1. I’m irrational. And so are you. As humans, we have all sorts of biases and tendencies that get in the way of rational thinking (confirmation bias, overconfidence effect, and hindsight bias, to name a few). If we can acknowledge and recognize them, it can help us make better decisions. Have you ever held on to a sinking investment even though you lost confidence in it, just because you didn’t want to admit defeat? I know I have.

2. Warren Buffett is over-quoted. But his quotes are so good.

3. Normal is not normal. Stocks hardly ever return 10% in a given year (the long-term average of U.S. stocks going back to 1926). Markets are erratic, the financial system is dynamic, politics get in the way, and nothing is predictable in the short term.

4. Avoid complexity. Investment products that are heavily engineered are difficult to understand, always have added costs, frequently underperform, and can be difficult to get out of.

5. March 9, 2009, was the best day in a generation to ‘back up the truck’ on stocks. I didn’t buy anything. Chances are, you didn’t either. Nobody can call the bottom or top of the market, so don’t try to. Invest what you can, when you can, and don’t look back.

6. Max out your TFSA and make sure you treat it as an investment account, not a savings account.

7. Smaller is better. (Even the big guys will tell you this.) Small asset managers have a much bigger yard to play in (they can buy stocks that the bigger guys can’t), their investment process isn’t as likely to be hindered by “asset bloat”, and they aren’t as burdened by big company bureaucracy.

9. There’s always a bear lurking. It’s not a matter of if the market will fall 20%, but when. If you can’t stomach double-digit declines, hold more bonds than stocks. This is the caveat to #8.

10. Getting out of the market is easy. Getting back in is a whole lot harder. When you’re sitting on the sidelines waiting for the perfect time to buy, you’ll always find a reason not to. And if/when you do get back in, you’ll second guess your judgement.

11. Pick up a copy of The Economist every now and then. It’s not nearly as dull or intimidating as it sounds.

12. Find a balance between real estate and investing. Canadians are over-exposed to real estate, especially Vancouverites and Torontonians, given the massive run-up in these markets. Many younger homeowners have been forced to neglect their retirement and investment accounts, as they’ve been stretched thin with the escalating costs of homeownership.

13. Ask more questions. About fees. About investment strategies. About returns. About anything you don’t understand.

14. You can’t have enough patience. Cycles go on longer than you think, investment styles can be out-of-favour for what seems like forever, and there’s always a new headline to throw you off your game. Investing is a long, long endeavour. You don’t get rich overnight.

15. Commodity prices are particularly fickle. Thinking of speculating on the price of oil, gold, copper, cocoa, or soybeans? Don’t.

16. Ignore the phrase, “the market is at an all-time high.” It’s overused and is an inappropriate scare tactic that encourages market timing (which doesn’t work). If you refrained from investing in stocks when the market was at an all-time high five years ago, you’ve missed out on big gains.

18. If you’re thinking about hedging your currency exposure to stocks, think again. In my experience, investors often do this at the wrong time – e.g. after our dollar has risen a bunch. If it’s part of a defined, long-term strategy, that’s fine. But it’s usually in reaction to a recent one-way movement.

20. Scars run deep. The global financial crisis of 2008/09 was the worst bear market of most people’s lifetime. Despite a swift recovery in stocks worldwide, large numbers of people have remained under-invested ever since, fearing a rerun. This has been one of the most notable happenings of the past decade, and the opportunity costs have been significant.

Looking back to that mid-summer day 20 years ago, that kid with the boxy suit and bad tie had a lot to learn outside of textbooks. If I could go back and give him one piece of advice, though, it’s that in this business you never stop learning. And oh, back up the truck on March 9, 2009.