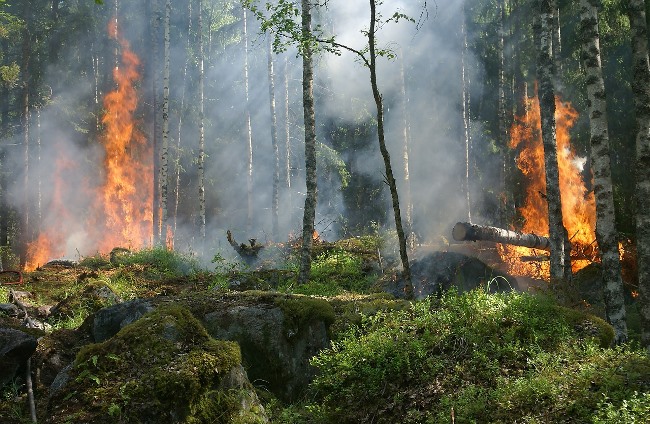 North America is on fire. Literally. Entire neighbourhoods and wineries in northern California recently burned to the ground. B.C. had an unrelenting summer of blaze and smoke. And Albertans won’t soon forget the devastation that ripped through Fort McMurray last spring. Lives have been lost and property destroyed. It’s been awful.

Wildfires seem to be more frequent and powerful these days. Climate change and related bouts of extreme weather have been cited as leading explanations why. There’s another contributing factor, however: there hasn’t been enough tactical fires.

A recent article in The Economist on the topic notes, “To maintain good forest health, you need fire … while some burns are prescribed, they are a fraction of what is required. In Washington, for instance, between 2001 and 2014 the Forest Service burned just 2% of the state’s 9.3m acres of forest.” In other words, we need to fight fire with fire. This is one of those things that just doesn’t sound right. And I’m sure that if you’re the person(s) responsible for lighting a tactical fire, it wouldn’t feel good at the time.

In investing, there are many examples of things that don’t sound right or feel good at the time, but often turn out to be the smart thing to do. Buying an asset class when it’s going through a prolonged rough stretch is the obvious one. I thought I’d share two stories of recent stock purchases (by our fund managers) that fall into the same boat.

FEMSA is a Mexican beverage and retail company with operations throughout Latin America. It’s the largest franchise bottler of Coca-Cola products in the world. FEMSA also has a significant ownership stake in Heineken, and operates the OXXO convenience store chain in Mexico and Colombia. The company’s stock came under pressure last fall after Donald Trump won the U.S. election, which prompted uncertainty over America’s future relationship with Mexico. The Peso also suffered in the wake of the election.

It was a difficult time to own FEMSA. The manager of our Equity Fund (CGOV), however, focused on the fundamentals of the business rather than the negative sentiment overhanging Mexican companies at the time. CGOV felt the longer-term prospects for the company were still compelling, and the selloff in the stock presented a good buying opportunity. They increased the Fund’s position in the stock, which didn’t feel right to many other investors at the time, but it has paid off. FEMSA has bounced back nicely this year and the Peso has also risen, providing an attractive currency gain.

Commerzbank is a German financial services company. It’s the country’s leading investment bank and finances roughly 30% of Germany’s foreign trade. The manager of our Global Equity Fund (Edinburgh Partners) first bought the stock in mid-2015. European banks in general had been unloved by investors at the time, and sentiment worsened in 2016. Our manager felt the stock was significantly undervalued, and bought more shares in both June and October of 2016. It wasn’t an easy thing to do, as there were dark clouds over German banks and many investors had a bleak outlook for Europe. The stock has doubled over the past year.

We’ve had a good run in the markets over the past several years. It won’t always be like this, and when things get hairy, we’ll all be faced with tough decisions. And the best course of action probably won’t feel very good at the time, like trimming a fund that’s holding up well to buy more of one that’s falling. Or stepping up your RSP contributions when your account’s value keeps slipping. But just remember, sometimes it can be wise to fight fire with fire.