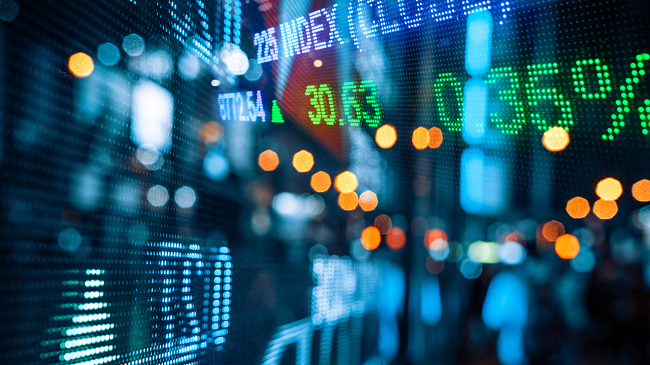 This article was first published in the National Post on July 9, 2022. It is being republished with permission.

The first half of 2022 was horrendous for investors. Bonds and stocks were down significantly, reflecting an economy and market going through a massive transition.

To better understand the reasons and magnitude of this shift, it’s important to first look at where it started.

Prior to this year, interest rates were down near zero. Central banks and governments were in full-on stimulation mode. They had the pedal to the metal, with little regard for the strength of the economy.

Borrowing was easy, and the buy now, pay later philosophy became an entrenched part of running households and governments.

Corporations had the wind at their back. In addition to cheap financing and energy, labour was plentiful and the cost of using the planet’s ecosystem was free, or close to it. They ran their businesses on a “just-in-time” schedule with little slack in the system.

The focus for investors was on innovation and technology. “Asset light” businesses, as they are referred to, traded at multiples not seen since the tech boom in the late 1990s, while the basic materials needed to implement these technologies were starved for capital.

And politically, Europe was riding the peace dividend and the entire western world was turning a blind eye to China’s increasing belligerence.

Unfortunately, rising debt levels, negative real interest rates, a deteriorating planet and political ambivalence couldn’t go on forever. These long-running trends were far from normal. And yet, calling the turn was impossible (as I proved with my long-standing concerns about negative rates and increasing debt levels). A change agent was needed, and boy did we get one. Two in fact — a pandemic hangover and a European war. Both proved highly disruptive to a tightly wound, highly geared economy.

The economic tailwinds have turned to headwinds. Labour and many inputs are in short supply and financing isn’t as cheap or accessible. Interest rates have reversed course (after 40 years of declines) as central bankers desperately try to catch up to spiralling inflation. Ten-year Government of Canada bonds finished the quarter yielding 3.2%, up from 0.6% last fall.

Global stocks are down almost 20% year-to-date and many tech stocks are 70-80% below their highs. Price-to-earnings multiples for the overall market have dropped from the low twenties to the mid-teens, which is back within their historical range.

And investor sentiment has gone from one extreme (hyperactive, speculative greed) to another (fear and despondency). Consumer and investor sentiment indicators are solidly in bearish territory, and the R-word is being thrown around as if recession is a foregone conclusion.

So where does this leave us as we look ahead to the second half of the year? At a recent industry meeting, I heard the CEO of a leading financial institution say that transitions always take longer than we expect. This resonated with me given the magnitude and significance of the changes discussed above. But how does this square with the fact that we’ve come so far so quickly? Do we have a long way to go, or is most of the adjustment behind us?

Only time will tell of course, but we shouldn’t forget there are many positives mixed in with the waves of negativity. The capital markets are functioning well. The reset has been orderly with few if any liquidity crises (cryptocurrencies excepted). The outlook for employment is good, the increasing use of technology will moderate cost increases, the middle class in Asia is growing rapidly, and private equity firms are awash with money to spend.

Earnings will come down and debt will be a problem, but the system is in a better place than it was in previous slowdowns. The banks are well prepared to weather an economic storm, and the U.S. consumer is not over extended (Canadians not so much). Loan defaults are more likely to be on the books of private investors as opposed to depositors. In some cases, it will be the same firms that hold all the cash.

And as noted above, expectations are low, which is fertile ground for investors.

Going forward, I would expect Mr. Market to be more discriminating than he has been so far. There will be markdowns on private assets and some over-levered, unprofitable companies won’t survive, but leading companies will have a wonderful opportunity to get stronger. From these levels, they’re more likely to be rewarded for doing what seemed unnecessary a year ago — being well financed and profitable. A normalization indeed.