A dose of much-needed optimism amid all the market negativity 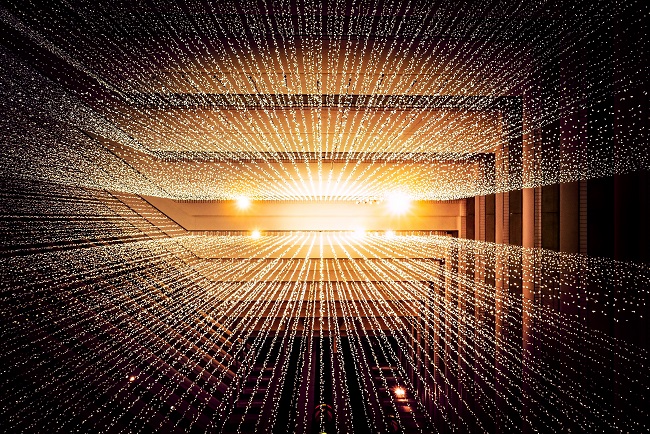 This article was first published in the National Post on June 25, 2022. It is being republished with permission.

I attended the Collision tech conference in Toronto this week — yes, me at a tech conference. It was a great way to get inspired by (mostly) young entrepreneurs, spend time with my nephew and attempt to avoid becoming a dinosaur. And a dose of energy and optimism was exactly what I needed with the stock market going down and negativity abounding.

Despite the decline of tech stocks, there’s no shortage of ideas and innovation. Collision is a showcase for what’s possible now, and might be in the future. I talked to entrepreneurs working on a variety of products and services, including motorized strollers (GlüxKind Technologies), sleep technology (Munice), mental-health detection (Thymia), debt consolidation (Parachute Financing) and celebrity advice (Critiq).

After three days outside my comfort zone, I left the conference with a lot to think about.

I came away feeling positive because many of the innovators are working on things that will make the world better (climate change and social injustice), solve health issues, eliminate the middleman or help companies deliver better service.

Hopeful because these creative and unconstrained minds are chipping away at the armour of the oligopolies that dominate our economy (think: banking, telecom and tech giants).

And hopeful because the crowd of 35,000 was highly diverse.

Collision was a pleasure partly because I went three days without hearing about the United States Federal Reserve. These entrepreneurs aren’t waiting for a central authority to fix something or determine their fate; they’re getting on with it.

The math in venture capital is very different from what I’m used to. In my world, a successful analyst gets a stock pick right about 60% of the time. The batting average when investing in early-stage companies is a fraction of that. Out of 10 investments, a good outcome might be one winner, two to four that are OK, and four to six busts.

This isn’t a bad thing. “You want failures to be small and informational. Silicon Valley does (that) very well. It knows how to use failure as a tool for improvement,” Nassim Taleb wrote in The Black Swan: The Impact of the Highly Improbable. He was comparing venture capital to Wall Street, where the losses are huge when everyone gets on a bandwagon that doesn’t work out.

Following on the math theme, I liken the startup community to Spotify, where there are a few huge artists and then a never-ending list of others (which statisticians refer to as a long tail), many of whom get few listens.

Just as I can effortlessly listen to lesser-known artists such as Waxahatchee and Allison Russell, tech entrepreneurs have an ecosystem that gives them a chance to build something from an idea. A pack of hungry venture capitalists and confabs like Collision provide the opportunity to tell their story and get the useful feedback that Taleb references.

The ecosystem is most developed in Silicon Valley, but Toronto/Waterloo, Montreal and Vancouver are catching up, helped by the U.S.’s restrictive immigration policies.

It wouldn’t have been a tech conference without lots of hype. Most presenters sized their addressable market in the billions of dollars without blinking an eye. And there was an underlying assumption that blockchain (Web3), artificial intelligence and the metaverse are going to change the world.

This may be the case, but few real applications were presented. Indeed, it feels a little like we’re jumping on a train that’s leaving the station without knowing where it’s going.

Much of technology is about getting our attention and prompting us to do something: click, buy or subscribe. We’re being subjected to a fire hose of requests and nudges, both from established companies and new ones that want to change our habits.

As I took it all in, I couldn’t help but wonder when we’re going to find time to click on ads, peruse social media, bet on the Blue Jays, listen to podcasts, stream music and movies, fill out surveys and trade non-fungible tokens. I don’t know how close we are to our limit, but I’m already starting to rebel from the constant asks.

One of the conference highlights was listening to author Margaret Atwood talk about women entrepreneurship and green tech. If we needed any inspiration to keep learning and pushing for what we believe in, she provided it.

Atwood was up on the issues, and her passion and unfiltered comments (she’s 82) reminded us that we’re never too old to grow. Dinosaurs beware.