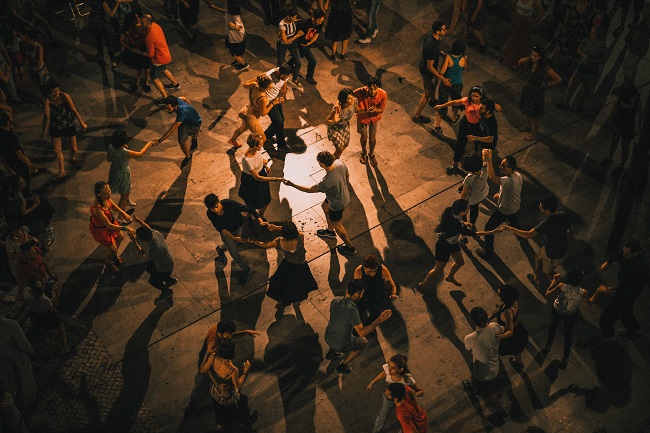 This article was first published in the National Post on December 18, 2021. It is being republished with permission.

Chuck Prince will forever be part of investment folklore. The former chief executive of Citigroup in July 2007 said, “When the music stops, in terms of liquidity, things will be complicated. But as long as the music is playing, you’ve got to get up and dance. We’re still dancing.” He was fired later that year when loan losses surged.

I bring him up because we’re at a point in the business cycle when the disc jockey is playing Shout by the Isley Brothers and investors can’t stop dancing. We’re in a highly speculative, risk-complacent market driven by a combination of near-zero interest rates, abundant capital and a healthy dose of hype.

This high-risk environment has crept up on us. If you’d told me five years ago what investors would be doing today, I wouldn’t have believed you. No one thing is remarkable, but it’s clear we’re running hot when you put it all together on a list:

Day trading: A COVID-19 replacement for sports betting that hasn’t gone away.

Short-dated options: A trading boom in securities that have only slightly better odds than a lottery ticket.

Bitcoin: Total euphoria despite being impossible to value and worse for the environment than a 1972 Oldsmobile.

Electric vehicles: A company that’s never sold a car (Rivian Automotive) is worth more than Daimler, Ford, or General Motors.

Special purpose acquisition companies: Still booming despite being the most abusive financial product ever invented.

Initial public offerings: Only 25% of companies going public are profitable. It’s been this low once before during the dotcom era of the late 1990s.

Venture capital: Big money pouring into a tiny corner of the capital markets. Even staid, dividend-paying companies are putting up hundreds of millions of dollars to create their own venture funds.

Fixed-income investors are also up dancing. The stable part of portfolios that previously held highly secure bonds issued by governments and companies, such as BCE and Bank of Montreal, is now heavily populated with high-yield bonds, direct loans, preferred shares, liquid alts and dividend-paying stocks. All perfectly good asset classes, but ones that tend to follow the stock market when it drops.

The point is, this isn’t normal. It’s the Wild West. It’s off-the-scale aggressive. To stick with the dancing analogy, we’re gyrating to the most frantic part of the song.

How will the party end? Nobody knows. It could go on for a while or end suddenly like it did for Chuck Prince. It also might unwind over months, one security or industry at a time.

Some unwinding has already occurred. Rising market indexes have masked some serious carnage. Many biotech and unprofitable tech companies are now down 30% to 70% from their highs. Cannabis stocks have come back to earth. The SPAC pipeline is still flowing, but investors are starting to notice they’ve lost money in what’s been a great period for stocks. IPO investors are getting more hard-nosed too. Fewer new issues are trading at big first-day premiums.

To be fair to Prince, it was impossible for one bank executive to stop dancing. He would’ve been fired long before he could break up the party. But individual investors aren’t in the same bind. You always have the ability to manage the balance between risk and reward.

It’s hard not to dance when everyone else is having a great time. If you want to join in, make sure you stay diversified, size your bets appropriately, leave room to add more if things go against you, and have a plan for when markets go south. You can’t blink when times get tough and still expect to achieve good long-term returns.

Bear markets happen when you least expect them, and everything you thought you knew will be wrong. They’re the opposite of what we’re experiencing today. Decisions will be excruciatingly hard and opportunities much more plentiful.

At times like these, I lean on the best risk-management tool I have: investor sentiment, a contrarian indicator. I proceed with caution when everything is easy and I’m being barraged with stock (and crypto) tips. I can still dance, but my portfolio return doesn’t hang on whether I’m right about a call option on Apple or the next Tesla. There are good returns to be had in many parts of the market.