Investors have been enjoying a smooth ride, but now the hard part begins 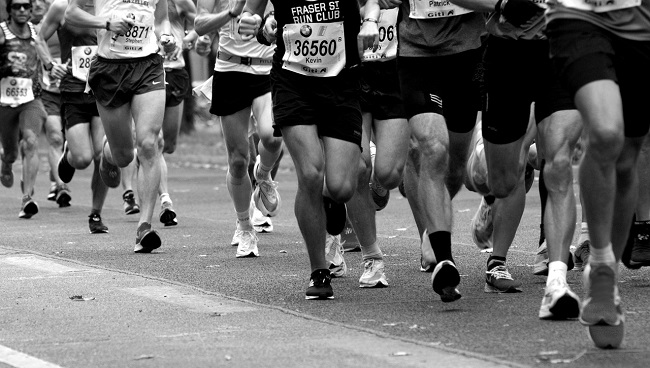 This article was first published in the National Post on November 6, 2021. It is being republished with permission.

We’ve had a smooth, effortless ride from the stock market lows of March 2020 to the current record highs. Low interest rates have been an important driver, as has the increased pace of technological change and digitization.

It’s been a period with lots of the highs and few of the lows that normally go with investing. But, as the saying goes, investing is a marathon, not a sprint, and it now feels like we’re about to hit Heartbreak Hill — a series of gruelling hills at mile 20 of the Boston Marathon. In other words, the easy part is behind us, and we’ll need to grind it out for a while.

A prime example of this easy/hard dichotomy is occurring with cannabis stocks right here in Canada. In the early days, it was all so easy. There was genuine excitement about a brand-new industry, and with it came an explosion of new companies. Investors took the liberty of fantasizing about a pot-infused future.

Then came the hard part: producing the stuff, finding a place to sell it and running the business like a business instead of a grow-op (the governance at cannabis companies has been appalling).

The weed stocks reaffirmed something that mining investors have known for decades: buy the sizzle and sell the steak. It is great owning a mining stock when the company is proving up a new discovery, but agony while the mine is being permitted, built and commissioned.

Cannabis companies are part of a larger trend whereby innovative companies can lose large sums of money for years, and yet still raise huge amounts of capital. I refer to them as the “non-profit sector.” We now have a slew of companies that need to transition from fantasy to reality; shift from being valued on what could happen to trading on a price-to-earnings multiple based on what is happening.

For example, Zoom is an innovative company that was at the right place at the right time. Now it has to justify a US$80-billion valuation (half of what it was at the high) in the face of intense competition from tech giants such as Microsoft and Google. Ultimately, Zoom must prove it’s a technology platform rather than just a feature in a suite of software products.

Uber entered a slow-moving, old-fashioned industry and blew everyone away. It captivated people with its cool app and subsidized rides. Its challenge is keeping the momentum going while increasing prices and operating a labour-intensive, low-margin business. Now, that’s hard.

There are others heading up Heartbreak Hill including Peloton (gyms reopening), DoorDash (wall-to-wall competitors, unhappy restaurants, soggy fries) and the meme stocks such as GameStop and AMC (valuations detached from reality).

Speaking of valuations, many tech companies are being priced as if their high rates of growth will continue indefinitely. Amazon and Shopify executed brilliantly as COVID-19 lockdowns advanced the shift to online shopping by years, even decades, but even these behemoths are finding the year-over-year comparisons tougher as people trickle back to the mall.

There are other parts of the economy where the going is getting tougher.

Debt-heavy companies have had an easy time issuing high-yield bonds. Low interest rates and yield-hungry investors have given even zombie companies another kick at the can. The hard part for them will be making enough money to keep up with interest payments and advancing the business far enough to not need junk-bond financing again.

Likewise, governments have done the easy stuff: make election promises and provide pandemic subsidies. The hard part is reining in spending and hoping that investors continue to buy trillions of dollars’ worth of bonds at yields well below the rate of inflation.

Families are about to go through their own budget transition. It was easier finding money for streaming services and home renovations when nothing was being spent on vacations, restaurants and hockey camps. It will be harder to balance the books when these things are back in the mix, especially in the absence of government income supplements and wage increases that aren’t keeping up with rising prices in grocery stores and at the pump.

If, indeed, tougher times are ahead and investment returns are harder to come by, you need to be mentally prepared to grind it out. Like the runner in Boston, temper your expectations and pace yourself for the elevation changes ahead.