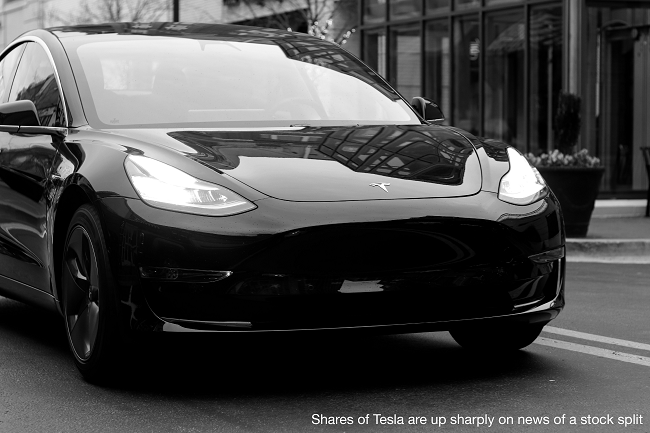 This article was first published in the National Post on August 29, 2020. It is being republished with permission.

In Malcolm Gladwell’s latest book, Talking to Strangers, he writes about the concept of alcohol myopia. It’s a theory that alcohol causes drinkers to focus on their immediate environment. As Wikipedia puts it, intoxicated individuals act rashly, choose overly simple solutions to complex problems and act without considering the consequences.

What does this have to do with investing? Well, right now it feels like we’re experiencing market myopia. Investors are focused on today, leaving the future for later. I’m not so much referring to the strength of the stock market, but rather all the stuff that’s going on around it.

Here are some signs that investors are getting intoxicated.

Companies that did well during the lockdown are generally expected to keep growing and profiting in the post-pandemic world, including home improvement stocks such as Home Depot, Lowe’s and Best Buy, athleisure stocks like Lululemon and Nike, and, of course, technology stocks.

In some cases, the success of these stocks is blinding investors to the challenge those companies will face next year when they’re expected to beat this year’s one-time demand surge. Customers may have bought enough home office equipment and spandex to keep them going for a while, and be culling their list of streaming services as well. Indeed, spending may rotate into areas where there’s pent-up demand such as travel, weddings, hockey camps and even debt reduction.

One of the features of this market cycle has been the emergence of what I call the “non-profit” sector: companies that are growing rapidly, but don’t have a clear path to profitability. Some of today’s tech giants weren’t overly profitable in their early days either (for example, Facebook and Alphabet), but the next generation (Netflix Uber, Zoom, Slack and Wayfair) appear to be different. They are mature companies and are losing money in a favourable business environment.

The bonds of cyclical and highly indebted companies got hammered during the March meltdown as holders worried about getting their money back. Since then, however, most of the lost ground has been made up, even though the economic outlook is no more certain. Investors are moving up the risk scale to feed their insatiable appetite for yield, because high-quality corporate and government bonds are yielding next to nothing. Investors are getting a little more yield with a lot more risk.

Distressed debt managers tell me borrowers are still paying interest, yet I can’t help but think this reflects today’s highly subsidized economy, not the less-stimulated, surprise-laden one that lies ahead.

There are other signs that we’re in silly season. In recent weeks, Tesla and Apple were sharply up on news that they were splitting their stocks. The splits made the shares more accessible to smaller investors, but didn’t create one dollar of additional value.

Meanwhile, these two popular stocks have made analysts’ price targets a joke. I heard a Tesla analyst say that he went out on a limb early this year by raising his target to US$650. Recently, he upped it to US$2,200. Analysts covering Apple are doing the same thing: raising targets with little or no change to earnings forecasts.

The hottest trend in the U.S. market for initial public offerings (IPOs) are blank cheque companies. These special purpose acquisition companies (SPACs) don’t own any assets, but promise to make savvy acquisitions with the funds raised. The SPAC space is risky to begin with, but things have been taken up a notch with less seasoned promoters and more speculative acquisitions (for example, driverless vehicles). Everyone is getting into the game including Billy Beane, the baseball genius of Moneyball fame, and Paul Ryan, the former Speaker of the House of Representatives. Can LeBron James be far behind?

Veteran investors like me struggle when investing becomes part of pop culture. We can’t be sure how or when the hysteria will end. We just know it will.

It’s frustrating and hard to keep up, but not discouraging. I still believe the most enduring inefficiency in the stock market is time frame. There will always be rewards for looking beyond the near-term noise to the opportunities and risks further out. The myopic market has put the spotlight on a select number of popular trades, which leaves plenty of other areas to explore. There are fat pitches out there, to use Warren Buffett’s analogy, they just haven’t gone viral yet.