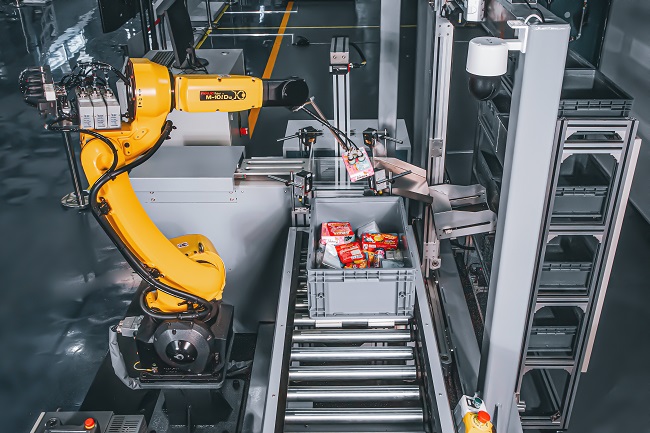 Rising wages and tight labour markets are a hot topic. Coupled with employee absenteeism due to COVID, it’s all taking a toll on companies around the globe. For manufacturers, one solution to these problems is greater automation. Have robots do the work, in other words.

Japan rules the roost here. It’s the leader in industrial robots, the world’s stock of which has tripled in the past decade according to a recent article in The Economist. The country makes almost half of all new equipment, which includes everything from robotic arms to laser sensors and inspection machinery. And business is booming.

The auto industry is a big consumer of these goods (ever seen a picture of a Tesla factory with all those robotic arms?). With more plants gearing up their electric vehicle production, the growth runway looks appealing. Consumer goods businesses and online retailers increasingly rely on robotics for picking, sorting, and packing products. And technology companies have a voracious appetite for sensors and inspection tools, especially semiconductor manufacturers. Demand for chips will only grow as the world continues to digitize.

Needless to say, makers of automation equipment are well positioned. The Economist piece notes: “Being indispensable has proved to be lucrative. All four stars of Japan’s automation-industrial complex [Keyence, SMC, Fanuc, and Lasertec] boast operating-profit margins of over 20%. That of Keyence, the most profitable of the lot, exceeds 50%.”

Of these four stars, Steadyhand investors own two: Keyence and Fanuc. The former is a leader in high precision laser sensors and vision systems used in manufacturing, while Fanuc specializes in robotic arms and has been around for more than 65 years.

Our managers like these companies because they have solid records of profitability and make products that take considerable intellectual capital to design, manufacture, and service (i.e., they have high barriers to entry). They are also a gateway to gaining exposure to fast-growing industries, like EVs and emerging technologies, that tend to trade at higher valuations.

Keyence, in particular, has been a star for us (in spite of a recent pullback). It has been a top holding in our Equity Fund for four years, over which time it has doubled.

Fanuc is a newer holding in our Global Fund, which was added when we changed our manager to Aristotle Capital Management last fall. In a recent video we did with Aristotle, they told us an interesting analogy about the company: instead of looking for the next gold mine, which can be very speculative, they [Fanuc] are selling Levi’s to the miners. In other words, Fanuc is making steady profits by selling equipment to businesses that are taking on the greater risk.

At Steadyhand, our goal is to grow your capital prudently. This typically means staying away from companies and industries that have yet to prove their profitability, as well as those that trade at sky-high valuations. We absolutely see the potential in fields such as electric vehicles, artificial intelligence, and high-tech in general, but when we invest in these industries we often look to do so indirectly, through companies like Keyence and Fanuc. It allows for attractive returns with a greater margin of safety. Or to circle back on the Levi’s analogy, a little extra leg room.