The water's calling: Investing in the marine industry 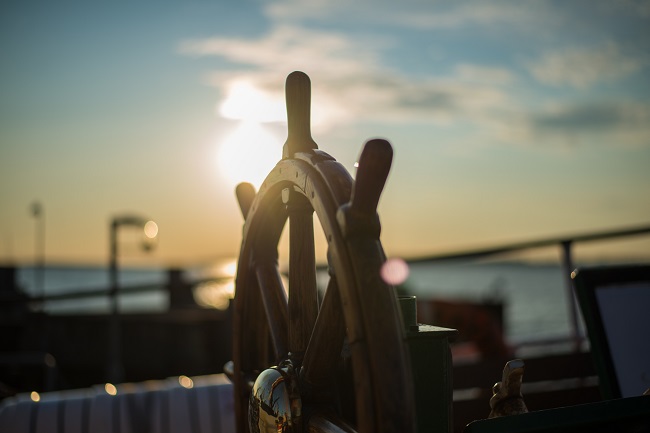 Ever seen a Boston Whaler? They’re beautiful. Clean lines, leading-edge design, and that famous red stripe. They’re also unsinkable. You can literally cut the boat in two and drive away in the half with the engine.

Growing up on the west coast, you see a lot of boats. The Whaler always stood out to me. I pined for a small one in my youth, but never sold enough newspapers or stocked enough shelves to make it happen. But I’m happy to say that I’m now a proud owner. Well, sort of.

We recently bought Brunswick Corporation in our Global Small-Cap Equity Fund (which is a big holding in my RRSP). Brunswick is a leader in the marine industry and along with Boston Whaler, owns SeaRay, Bayliner, Lund, Harris, Thunder Jet, and Mercury, among other brands. It generates more than USD$4 billion in annual sales and has a solid record of revenue and earnings growth.

I like this stock purchase not just because I’m a boat fan, but because the industry has a compelling trajectory. More than 125 million Americans now go boating annually (according to the National Marine Manufacturers Association), half of whom are under 40 years old. Further, more than 400,000 first-time buyers entered the market in 2020, and boating/fishing are the largest conventional outdoor recreation activities in the U.S., according to the U.S. Bureau of Economic Analysis. Here at home, there was a 67% increase in the number of pleasure craft operator cards issued in 2020 compared to 2019 (according to numbers from Transport Canada), dealers are sold out, and marinas have fast-growing wait lists.

Demand for marine products is forecasted to remain steady as people around the world are increasingly placing a high value on outdoor recreation, driven in part by the pandemic. Brunswick is well positioned, as it’s a leader in both building boats and aftermarket parts & services. This latter sector is lucrative (just ask any boat owner) and stands to benefit from the growing number of vessels on the water. As well, the company’s products are attracting younger and more female boaters than the industry as a whole.

It goes without saying that boating isn’t cheap. Someone once told me that BOAT stands for "bring out another thousand." The company is aiming to make the pastime more accessible, however, through new value products and its Freedom Boat Club, which is a boat-sharing program that now has over 40,000 members and 4,000+ boats. To be sure, Brunswick also caters to the high-end market, where profit margins are juicy and prices steep — one of their top-of-the-line models with all the bells and whistles will cost you seven figures.

My dream of owning a Whaler hasn’t gone away but given their premium pricing and high demand, I’m happy to be a shareholder for now. (Note: If you own our Founders Fund or Builders Fund, you also own a small piece of this world-class marine firm.)