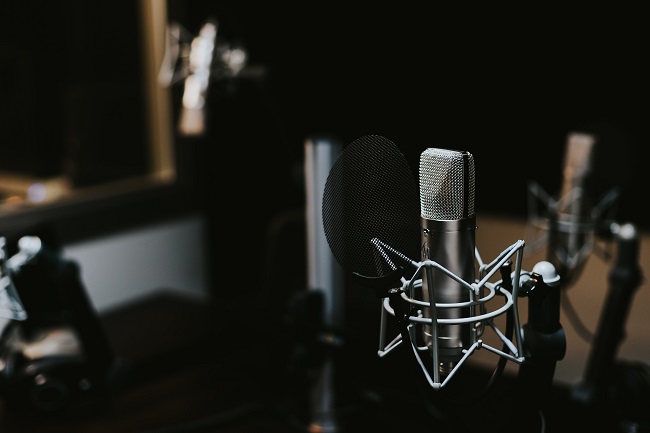 There’s a lot going on in the world. And there are a lot of sources where you can get your news and views, including podcasts. The format, first known as “audioblogs”, has gained many fans over the last decade. Count us among them.

There are some great shows in the space, from quick daily news bites to long form discussions and stories. If you’re looking for a recommendation, allow us. I canvassed the office and came up with a diverse list. I also learned a thing or two about my colleagues (it’s surprising what one’s listening habits reveal). The shows below may not all be your cup of tea, but there’s sure to be something that tickles your ear buds.

The Daily: A roundup of the biggest news stories from the New York Times, twenty minutes a day, five days a week.

The Economist: The popular magazine has a few different shows on current affairs, business and finance, science and technology, and global issues. All are worth a listen.

FT Podcasts: The British newspaper offers a lineup of shows covering daily news, money, and politics. With charming accents, for the most part.

The Decibel: Daily news from the Globe and Mail.

How I Built This with Guy Raz: A podcast about innovators, entrepreneurs, idealists, and their stories about the movements they built.

The Herle Burly: Back-room strategist and pollster, David Herle, is joined by journalists, politicians, sports figures, musicians, and opinion leaders for a commotion of insights, arguments, and opinions.

Sway: An interview show hosted by Kara Swisher, “Silicon Valley’s most feared and well-liked journalist.” Swisher investigates power: who has it, who’s been denied it, and who dares to defy it.

Stuff You Should Know: Two Gen Xers talk about, well, stuff you should know – like the phenomena of supernovae, how ayahuasca works, the ins and outs of beekeeping, and the challenge of the Appalachian trail.

Under the Influence: Former adman Terry O’Reilly gives listeners a backstage pass into the hallways, boardrooms and recording studios of the ad industry.

Book of Basketball 2.0: Bill Simmons uses commentary and interviews with players and top media members to determine how the NBA has evolved and where it’s headed.

Against the Rules: Renowned author Michael Lewis takes on interesting topics with a perspective all his own.

Conan O’Brien Needs a Friend: Unboundedly playful and free from FCC regulations, Conan O’Brien hangs out with the people he enjoys most.

The Infinite Monkey Cage: A witty, irreverent look at the world through scientists' eyes.

Of course, these 20 shows are just the tip of the iceberg in terms of the great content out there. If you’ve got a favourite you think we should know about, do tell. Happy listening.