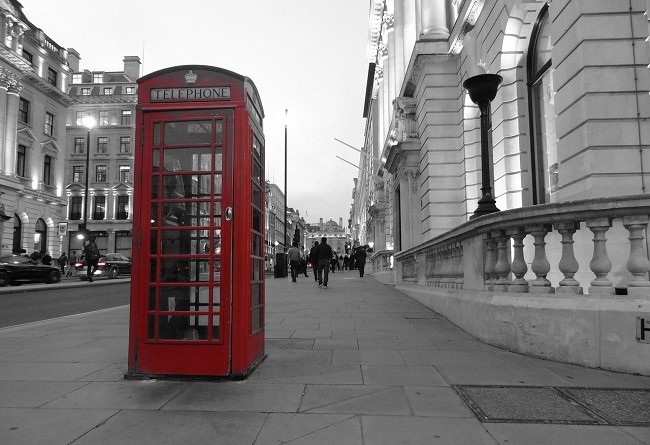 The atmosphere is electric. At Craven Cottage in London, where the Fulham Football Club plays, the crowd is getting whipped up to The Clash classic London Calling. The home team is playing Arsenal. It’s not like watching football in North America. The songs and chants are never ending, the pace of the game is civilized – two hours including a short half-time – and there are no replays on the Jumbotron.

And that’s just the point. I’m camping out in Notting Hill (no Julia Roberts sightings yet) for two months to get new perspectives, meet new people and experience another way of life. That means football with a round ball. Black cabs on the wrong side of the road. Pubs on every corner. And hopefully, some different views on markets and investing. (Don't worry, I'm not easing into retirement. I can assure you Neil and the team back home have the office running smoothly.)

After a couple of weeks, however, my biggest revelation is not about how far apart the continents are, but how decades of globalization have brought us closer together. The everyday technology here is the same. The presence of Apple and Google is everywhere – phones, apps and air pods. My Uber app works the same as it does in North America. And the Amazon experience is identical in every way. It feels like Silicon Valley is just down the road.

From Salman and my many meetings here over the last few years, it’s also clear that investment managers ply their trade with essentially the same tools as we do in North America.

In future posts, I’m going to focus on the differences, not the sameness. But before I do that, I must report in on one little topic that seems to be preoccupying people over here – Brexit.

Lori and I are here at an interesting time. It’s an important point in England’s history and it’s crunch time. So far, I have three random thoughts on Brexit.

1). You’d never know there’s a cloud hanging overhead when you’re walking and tubing around London. As one investment manager said to me, “The city is having a good run.” There are cranes everywhere, the tube is busy and there’s a shortage of trades people. Indeed, unemployment in the UK is extremely low at 4%.

2). Given that Brexit was all about immigration, it’s interesting that virtually every person in the city’s service industry is from somewhere else. The accents are heavy, but they’re not British (I’m starting to recognize a Romanian accent). The country’s approach to immigration is about to change, but the UK can’t afford to dial the numbers down very much. There’s no slack in this economy.

3). Brexit is dominating the airwaves, but it’s not the first thing out of investment managers’ mouths. Since arriving, I’ve met seven asset managers and Brexit has hardly come up. I’m sure they’re watching to see how it will impact UK and European stocks, but they’re more likely to talk about China, emerging market stocks and currencies, the FAANGs and the strong U.S. dollar.

The last observation reinforces something I wrote about previously with respect to Canadian investors and our economy. We can spend all our time obsessing about policies from Ottawa, cannabis and real estate, but one economy, even our own, is not going to make or break a broadly diversified portfolio (unless the countries are China and the U.S.).

More to come from Notting Hill and I’ll let you know if I see Julia.