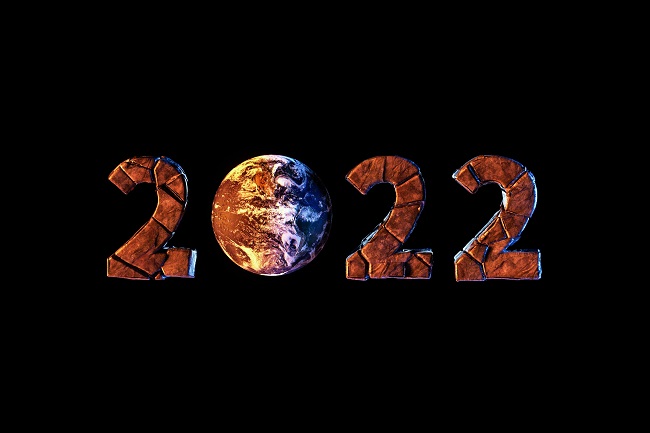 It’s the last week of December, which means year-end lists and market predictions are hitting your inbox. We’re not one to make short-term calls — as a recent piece in the New York Times so eloquently put it, “Wall Street’s market forecasts for 2023 are worthless” — but it can be helpful to reflect back on some of the year’s biggest stories and events when thinking about the outlook for your portfolio.

Below are some of the key happenings that 2022 will be remembered for. We’ll be talking more about the impacts they had on the capital markets and your portfolios in our Q4 Report and year-end video, which we’ll be releasing the week of January 9 and 16, respectively.

The Bank of Canada raised its key short-term lending rate seven times in 2022, from 0.25% to 4.25%. The U.S. Federal Reserve bumped up rates at a comparable pace, with its policy rate ending the year at a similar level. Longer term interest rates also rose significantly, and bond prices declined by the greatest extent in a generation (when rates rise, bond prices fall). With one trading day to go, the Canadian bond market is poised to finish the year down more than 10%.

Prices of everything including food, shelter, energy, transportation, and entertainment rose at the fastest pace in decades, surpassing 10% in some developed countries. The latest numbers suggest the Consumer Price Index (which represents changes in overall prices as experienced by Canadian consumers) will end the year roughly 7% higher.

Putin’s devastating campaign in Ukraine has marked one of Europe’s biggest battles and crises since World War II. The consequences have been far reaching, including punishing economic sanctions, severe disruptions to the flow of energy and commodities, multinational companies pulling out of Russia, and a restructuring of the geopolitical order. Lost in the discussion can be the human toll, which has been crushing.

Tech stocks took a beating in 2022, including industry leaders Shopify (down 75%), Meta (-65%), Amazon (-50%), and Alphabet (-40%). Investors shunned growth stocks, generally speaking, and higher-risk investments had an especially weak year, notably cryptocurrencies. Bitcoin fell 65% and crypto exchange FTX collapsed, leading investors to ponder the sector’s future. The broad U.S. market will finish 2022 down around 20%, and Canada down 6% (our market was propped up by the energy sector).

The country’s zero-Covid policy led to factory and city shutdowns, exacerbating supply chain issues worldwide. Late in the year, mass protests led to a re-evaluation of the government stance on Covid and growing contempt towards President Xi Jinping. China also upped its saber-rattling with Taiwan by firing test missiles over the island and increasing military exercises in the region. A show of American support for Taiwan further angered China and weighed on its relations with the west.

Clearly, 2022 wasn’t a banner year for investors. What’s more, economists are painting a bleak picture of 2023, with many calling for a recession. Importantly, however, the stock market is not the economy and the correlation between the two is sloppy at best. And we can draw on several positives looking forward.

First, higher interest rates and bond yields mean that fixed income investors are generating a higher income stream in their portfolios. Future bond returns, as gauged by the market’s current yield, look much more attractive than at the start of the year. Second, lower stock prices and valuations foreshadow better future returns over the medium term, if history is any guide. Following negative years, investors should be revising return expectations upwards, not down. And finally, there are signs that Covid is nearing an endemic stage (although things can change quickly, as we know).

As we close the book on a bleak financial year, let’s not forget some of the accomplishments and breakthroughs in science (nuclear fusion technology), medicine (next generation mRNA advances), and human perseverance (Elton John pulled off yet another farewell tour).