Bubble in the north? 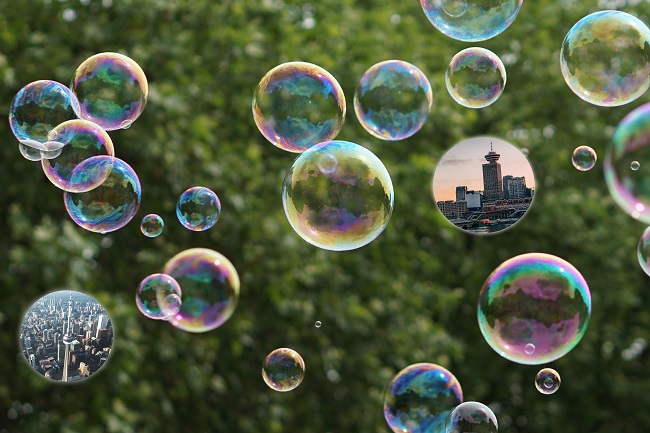 My early introduction to Florida was via Crockett and Tubbs. Miami Vice was about the fast life: expensive cars, cigarette boats, late-night parties and organized crime. All the ingredients necessary to keep a young teenager’s eyes glued to the tube and pique one’s interest in the sunshine state.

I’ve still never been but have learned a lot about the region over the years. It conjures up images of retirees, spring breakers, hurricanes, corrupt college football programs, lavish estates, and anti-maskers.

Then I read Bubble in the Sun. It’s a captivating chronicle of the Florida real estate boom of the 1920’s and the characters behind it. Now when I think of Florida, the first thing that comes to mind is asset bubbles. Studying such bubbles is interesting, as their consequences are severe and valuable lessons can be learned. Further, parallels are often drawn to current conditions. Of course, we only know in retrospect whether an asset was in fact in a bubble. And it’s not until after the pop that it becomes obvious to so many people and hindsight bias runs rampant.

This was the Roaring Twenties and some of the numbers and anecdotes brought forward in the book are fascinating and worth sharing (highlighted in italics). The boom and subsequent bust was fueled by a number of factors.

1. The great migration. Florida teased of a resort lifestyle, fantastic winter weather and plenty of jobs (largely in construction, real estate sales and related activities). Much of the infrastructure (rails, roads, bridges) to get to the state was completed by the early 1920’s and Americans seeking the good life — and some fun after WWI — flocked to the state en masse, aided by the dawn of the automobile. “The great Florida land boom would prompt the country’s greatest migration of people, dwarfing every previous western exodus, as anyone unemployed or seeking a better quality of life boarded trains or climbed into their Tin Lizzies and made their way to this emerging land of opportunity, touted as a tropical paradise. Six million people flowed into the state in three years [in the mid 1920’s].”

2. Cheap money and loose lending. Interest rates were low and banks’ lending standards were slack. This combination enabled developers to build at a grand scale and individuals to buy properties previously out of reach. Money flowed south at a breakneck pace. “The drain of deposits out of northern banks grew alarming as the money accompanied investors south to Florida ... The Massachusetts Savings Bank League reported that 100,000 accounts in the state had been drawn upon to buy real estate in Florida.”

3. Slick marketing and big ad budgets. Developers invested heavily in advertising campaigns and used publicity stunts and celebrities, and even commissioned authors, to help sell property in the new paradise. “The scope of the Coral Gables ad campaigns in 1925 and 1926 was breathtaking: 20 national magazines carried full-page ads or double-page spreads, many of them in full color, reaching a combined circulation of more than 11 million readers. An additional 100 newspapers carried Coral Gables ads … in all, some 98 million images of Coral Gables passed before the American public during the decade.”

4. Rampant speculation. At the height of the frenzy, properties were being bought sight unseen in real estate offices around the country and there were countless stories of quick flipping. “A lot on Miami Beach sold for $7,000 early in the month [August 1925] but was quickly bid up in a series of binder transactions to $50,000 … Seminole Beach was bought for $3 million one day, then sold three days later for $7.6 million.”

The boom endured for many years and created great fortunes. A combination of destructive hurricanes (in 1926 and 1928), bank failures and a shift in sentiment ultimately led to a significant crash, which was accompanied by a wave of bankruptcies, empty subdivisions and abandoned developments.

The author of the book suggests that the Florida real estate downfall, because of its widespread participation and trickle-down effects, played an important role in the unraveling of the U.S. economy and ultimately, the Great Depression. Consider one estimate on the breadth of the trend: “The highest estimate put the number of people who bought Florida real estate at 15% of the 120 million population by around 1927, or roughly 18 million people.”

It took several years for Florida to recover from the crash and it went on to see subsequent booms and busts. The fallout from the Great Recession (2008/09) was especially painful in the gator state.

It’s no surprise that many Canadians think real estate in Vancouver and Toronto is in bubble territory. The rise in value over the past decade, and notably during the pandemic, has been spectacular and Vancouver has consistently ranked as one of the most unaffordable markets in the world.

If we draw on the ‘Florida factors’, there are a few similarities. The two cities (YVR and YYZ) are migration destinations, for both people and foreign capital, although not nearly to the same extent as Florida was. Money is currently cheaper than ever, but lending standards are tightening (and include stricter stress tests and down payment requirements). Slick ‘lifestyle’ marketing campaigns are flourishing (big advertising dollars and hype are alive and well). And finally, there are arguably signs of speculation in both markets.

So, are we in a bubble? There are good arguments, and heated opinions, on both sides of the debate — I’m sure my inbox will validate this. Personally, I’ll reserve judgement. I’ve got mixed DNA when it comes to analyzing real estate. I recently learned that my grandpa invested in a plot of volcanic land on the island of Hawaii during the boom times of the 60’s, which turned out to be worthless, but my dad and wife have been successful in real estate.

While a northern housing crash Florida-style is unlikely, if the last year has taught me anything, it’s to expect the unexpected. And don’t buy on a volcano.