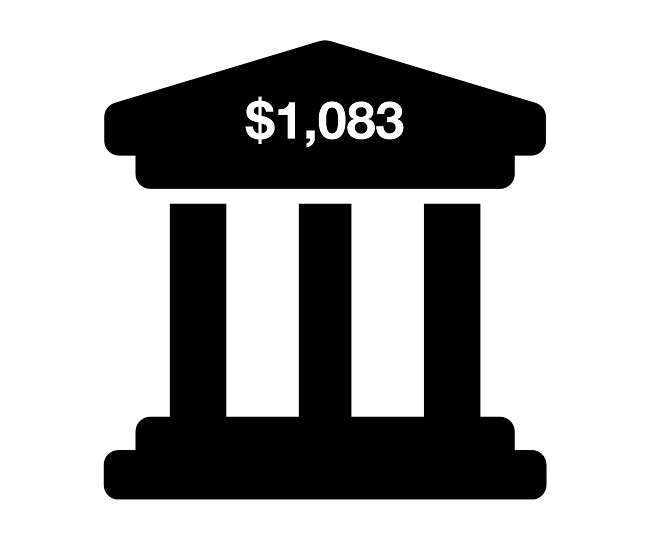 It’s been a tough year for many people and for the country in general. The government is running huge deficits to keep things going while we wait for vaccines to be broadly distributed.

In this context, it’s time to update the ‘Bank Profit Indicator’ for this year. In the 2020 fiscal year, Canada’s top 6 banks (BMO, CIBC, National, RBC, Scotia and TD) generated net profit of $41.0 billion. As a result, our Indicator, which represents the amount of profit per woman, man and child in Canada, comes in at $1,083 (down 13% from last year).

We feel obligated to report this statistic because (1) it amounts to a big chunk of Canadians’ disposable income and (2) it’s rarely reported. The $1,083 number is after-tax profit, not revenue. Nowhere in the world do banks earn this level of profit from their individual customers. As we said in last year’s post, the banks have a privileged place in Canadian society.

Note: In doing this calculation, we acknowledge that a portion of these profits come from foreign operations. The vast majority, however, come from providing banking, investment and insurance services to individual Canadians. The profitability of the banks’ Canadian retail banking and wealth management divisions far exceed what they’re able to achieve elsewhere.