Toronto and Vancouver real estate: This is not normal

Royal LePage ran a 7-page ad in the Toronto edition of the Globe and Mail recently to celebrate their 350 award-winning real estate agents in the Toronto region. LePage is a large company with lots of good agents, and Toronto is a very big city, but ... seven full pages? This is not normal.

Deeper in the real estate section were a number of ‘Done Deals’ (I love this feature), which had bylines that revealed a still breathless market in Toronto.

This is not normal.

Of course, nor is real estate in the city I live in. Could we categorize Vancouver as paranormal (after all, the X-Files are filmed here)?

As investors, we have to keep in mind, in very general terms, where we are in the economic and market cycle. As readers know, I’m not much for timing the market, but I do try to adjust my bets based on how expensive/cheap and hyped/hated investments are. As I pointed out in another section of the same edition of the Globe, the great investors must have a contrarian streak in them.

I’ve been too cautious too early on Canadian real estate (although in markets that don’t have 416, 905 and 604 area codes, I’ve been closer to the mark), but that doesn’t change the fact that caution is still appropriate. I’ve heard one too many people planning their real estate exploits based on the assumption that prices will continue going up.

The beginning and end of cycles are hard to call, but the one thing we know for sure is they’re symmetrical - when cycles have gone on for a long time and reached extreme levels, the retrenchment period will also take time and be extreme in the other direction. Investors too often expect a short, harmless pause before the good times roll again. They’re usually disappointed.

This has indeed been a long and extreme cycle, fueled first (and still) by low mortgage rates, and more recently by foreign purchasers. Perhaps the foreigners will keep buying (and China won’t put more stringent capital controls in place), or another force will kick in, but when homeowners in Toronto and Vancouver are giggling about how unbelievable it is, they should know the current situation is not normal. 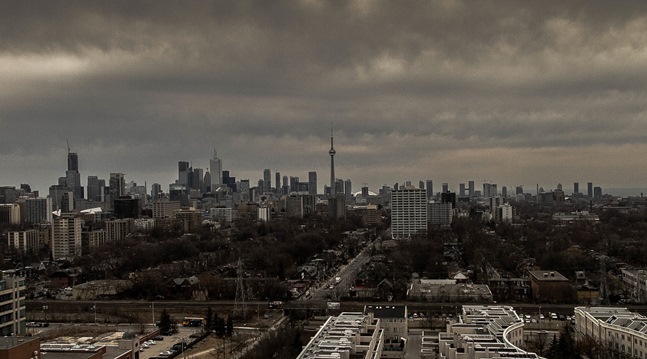