Time to turn down the vol on investment industry jargon 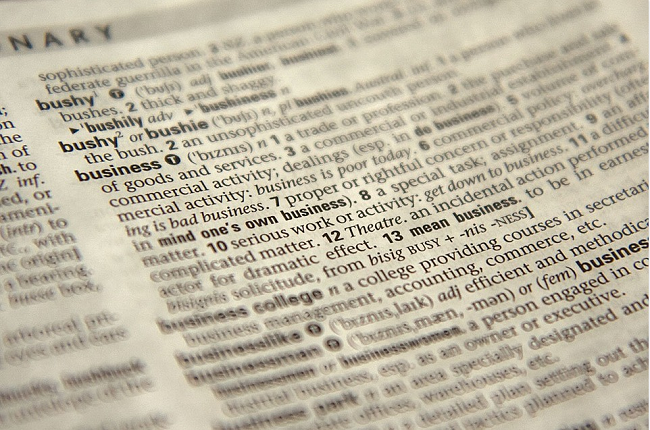 The investment industry, like any other, has its own language. We invent new words, give existing ones new meaning, and of course, there’s a slew of acronyms.

Unfortunately, when investment professionals venture out into the real world, the jargon gets in the way of clear communication with ordinary Canadians. Does this sound like something you’ve heard? “Your portfolio will have limited drawdown because of the overweight in telecom stocks, which are trading at low EBITDA multiples. The liquid alt funds should also reduce the vol.”

If it does, read on. I’ll translate using my imaginary friends, Fred and Julie.

Fred is pursuing an ‘index’ or ‘passive’ strategy, which exactly replicates all the stocks in a specific market. Index funds are a low-cost way to earn the market return, or what’s referred to as ‘beta’.

Fred’s fund is made up of large cap stocks. ‘Capitalization’ or ‘cap’ refers to the value of all a company’s shares. For example, RBC is Canada’s most valuable company with a cap of $150 billion. Small-cap stocks are at the other end of the spectrum.

Julie is an ‘active manager’, which means her fund’s holdings differ from that of an index and she changes them from time to time. She’s looking for companies that trade below ‘intrinsic value’, which is her estimate of their worth. To make this determination, she looks at a company’s ‘EBITDA’ (earnings before interest, taxes, depreciation and amortization). Companies must pay interest and taxes, and their assets invariably depreciate, but in certain industries, this profit measure (ee-bit-dah) is a useful tool for comparing companies.

Julie will occasionally buy an ‘IPO’ or initial public offering. This is when a company first sells shares to public investors and lists them on the stock exchange.

The difference between Julie’s return and Fred’s beta is called ‘alpha’. Positive alpha or added value is what Julie is striving for. Unfortunately, Canada has many ‘closet indexers’ which purport to be active like Julie, and charge fees accordingly, but earn index-like returns like Fred.

The most overused investment words are ‘overweight’ and ‘underweight’. A fund is overweight energy when it holds a higher proportion of oil and gas stocks than the index. It’s underweight financials when it owns relatively less in banks and insurance. These terms are used liberally by closet indexers.

You may hear funds described as having a maximum ‘drawdown’ of a certain per cent. This is a fancy term for the biggest price decline the fund has previously experienced. ‘Vol’ is short for volatility, which refers to how much a security’s price bounces around. Oil and gas stocks are high vol. Utilities are low vol.

In recent years, there’s been more talk about ‘growth’ and ‘value’ strategies because their results have diverged significantly (in favour of growth). Growth companies (i.e. Amazon) are increasing sales and profits faster than the overall market. As a result, they trade at higher valuations than value stocks (i.e. Nutrien), which are operating in mature industries, have more cyclical earnings, or are going through a rough patch.

You’ll be hearing more about ‘ESG’ too. Environmental, social and corporate governance are three factors used to measure how ethical and sustainable a company or fund is.

‘Alternative’, or ‘alt’ to be cool, has two meanings. It can refer to different asset types such as real estate, private debt and equity, and infrastructure (toll bridges, highways and airports). Anything that’s not a bond or stock.

I’ll finish with a misunderstood term – ‘hedge fund’. These managers pursue the alternative strategies mentioned above but the category is incredibly diverse. Funds range from shoot-for-the stars to predictable, low vol. They’re called hedge funds not because they play a similar role in your portfolio, but because they have the same fee structure. They charge a base fee plus a share of the profits.

I’ve saved bond jargon, which really confuses people, for another day. In the meantime, if you don’t know what a word or acronym means, stop your advisor and ask for an explanation. Not only will you start to learn the lingo, but you may also agree with philosopher Theodor Adorno when he said, “Words of the jargon sound as if they said something higher than what they mean.”